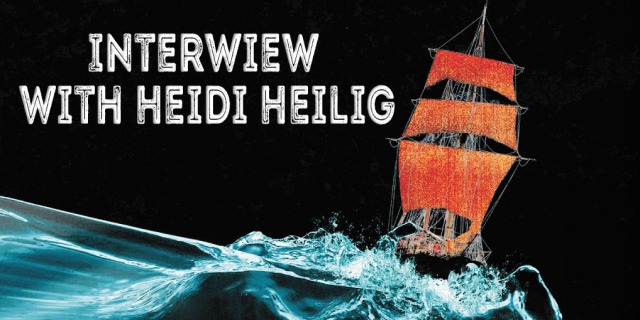 So, all those who subscribed to my blog, you know how I love the debut authors. They are wonderful and lovely and I’m always so glad to chat with them.
Now I present to your attention author, whose book I want more than chocolate cake. (Seriously, I’m ready to fight with the lion and the flood for the ARC. So if you have it, I warn you: keep your eyes open).
I sincerely hope that you will enjoy all the things I’ll show you today! 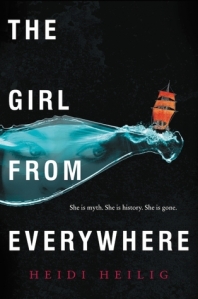 Heidi Heilig’s debut teen fantasy sweeps from modern-day New York City to nineteenth-century Hawaii to places of myth and legend. Sixteen-year-old Nix has sailed across the globe and through centuries aboard her time-traveling father’s ship. But when he gambles with her very existence, it all may be about to end. The Girl from Everywhere, the first of two books, will dazzle readers of Sabaa Tahir, Rae Carson, and Rachel Hartman.

Nix’s life began in Honolulu in 1868. Since then she has traveled to mythic Scandinavia, a land from the tales of One Thousand and One Nights, modern-day New York City, and many more places both real and imagined. As long as he has a map, Nix’s father can sail his ship, The Temptation, to any place, any time. But now he’s uncovered the one map he’s always sought—1868 Honolulu, before Nix’s mother died in childbirth. Nix’s life—her entire existence—is at stake. No one knows what will happen if her father changes the past. It could erase Nix’s future, her dreams, her adventures . . . her connection with the charming Persian thief, Kash, who’s been part of their crew for two years. If Nix helps her father reunite with the love of his life, it will cost her her own.

In The Girl from Everywhere, Heidi Heilig blends fantasy, history, and a modern sensibility with witty, fast-paced dialogue, breathless adventure, and enchanting romance.

1) Were there any funny stories while you worked on The Girl from Everywhere? Or maybe, at that time, the book had a different name, which now makes you smile?

Actually, the story of the title was pretty funny. My working title was The Good Ship Temptation, which kind of made it sound like a mish-mash of a jolly good English novel about sailors who keep hailing the queen, and a hardcore romance novel. Neither of which is right. So, I came up with five options for titles and held a poll among my friends. THE GIRL FROM EVERYWHERE won by a wide margin of Facebook “likes.”

2) What inspired and/or helped you in the process of writing?

My first inspiration is always coffee. The second is a good doughnut. Music comes in third. But beyond those, I took inspiration from the books that my father liked to read to me when I was young. He would read everything, from the Epic of Gilgamesh to Egyptian history to native legends–which of course inspired the fact that the ship can travel to mythological as well as historical places.

One of my favorite quotes from my own book is: “The one thing I could never buy was more time.” Because that’s true of all of us!

4) How long did it take you to write your novel? What was easier to write: the beginning or the ending?

It took me about a year to write, and I feel like most of that was rewriting the beginning. Beginnings are tough for me because you have to grab people right away but also build an entire world from scratch. It feels like pulling an elephant out of a hat. But I have a document of all the cut material from the book and it’s about 600 pages long. So i wrote almost a thousand pages in a year, and most of them were wrong.

5) If right now someone told you that he can perform any of your three wishes, what would you then wish for?

I’m a big believer in social justice, so I’d wish for an end to oppression. Then I’d wish for a cornucopia–Althea’s Horn–the endless bounty that could feed the world for free. Lastly, I’d wish for the ability to fly because WHO WOULDN’T?

6) If you could, would you write a letter to Nyx? If the answer is yes, what would be the main theme of the letter?

I would write a letter, and I would tell her that even though it may not seem this way, her father–the captain–loves her, and so do I. We are both her creators, and we haven’t given her the easiest life. But she is the best of both of us, and we know she can meet whatever challenges we throw her way.

I’m so excited about this book, that I made a fan art to it! 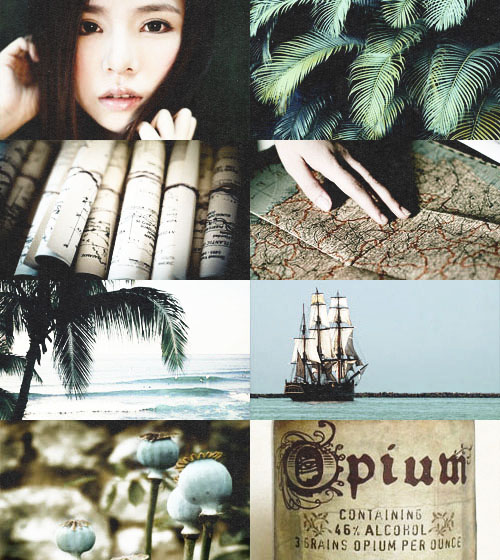 Thank you, Heidi! You’re amazing. I’m very glad that I have the opportunity to communicate with you.

Heidi grew up in Hawaii where she rode horses and raised peacocks, and then she moved to New York City and grew up even more, as one tends to do. Her favorite thing, outside of writing, is travel, and she has haggled for rugs in Morocco, hiked the trails of the Ko’olau Valley, and huddled in a tent in Africa while lions roared in the dark.
She holds an MFA from New York University in Musical Theatre Writing, of all things, and she’s written books and lyrics for shows including The Time Travelers Convention, Under Construction, and The Hole. She lives in Brooklyn with her husband and their pet snake, whose wings will likely grow in any day now.
Website | Twitter | Tumblr | Goodreads

Author on an Adventure

Not so daily, but definitely Dahlia.

Because of books, we no longer feel alone.

Bringing the quirky back since '14.

your number one source for YA literature

Leaping to your bookshelves in 2015!

Sharing What I'm Reading, Watching, & Playing from My Little Corner with the World

"You can't get a cup of tea big enough or a book long enough to suit me." ~C.S. Lewis